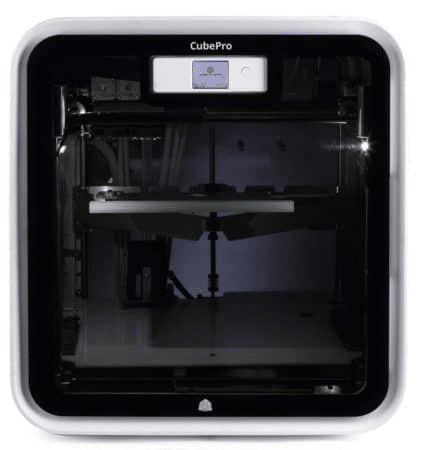 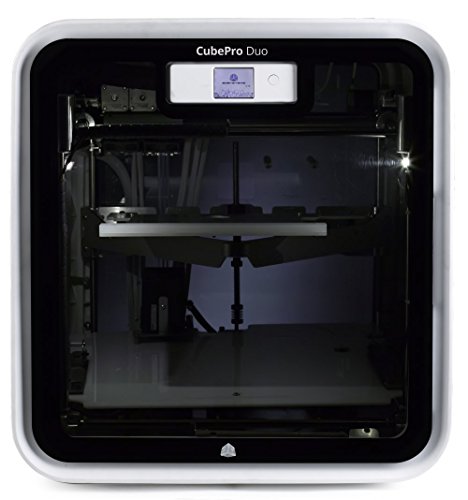 ​Even with its stylish design, the CubePro ​ultimately fails to deliver on almost all fronts.

More companies have in recent times begun to focus their efforts towards making 3D printing accessible to everyone by producing entry-level printers.

However, some of them end up making substandard machines that are at best “ok” in quality, even for a novice.

The CubePro 3D printer is 3D Systems’ attempt at providing their clients with an affordable yet functional option to welcome them into the world of 3D printing.

But how does the machine fair among customers? And is it a step-up from the not-so-great Cube 3D Printer. 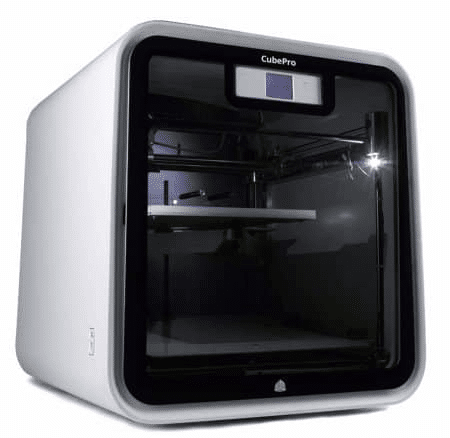 The CubePro is clean, elegant-looking and features a smart design, almost with the simplicity you find on Apple products.

It has an enclosed build in which all moving parts are covered under the device’s frame, including the printing material held in plastic cartridges on either side of the printer.

Every aspect of the CubePro has been well thought out and optimized, even simple details like the cable control systems.

These are organized and perfectly placed on the machine. The hardware is high caliber with no cost-saving compromises.

There CubePro is no small printer; it weighs about 90.7 pounds and is held intact by a heavy-duty metal frame to keep it steady.

The frame is surrounded by an acrylic enclosure with see-through glass panels on the back and front to enable you to monitor the ongoing printing inside.

The printer features a removable top cover which makes it easy for you to access the inside while performing actions like replacing the filament or conducting repairs in case there is need.

Generally, the printer has an impressively strong construction and a rigid frame that contributes to its overall stability.

The climate chamber has been enclosed to maintain the temperature inside and prevent any interference from temperature shifts in the outside environment.

This aspect has been reinforced by the insulating foam lining on the front panel which prevents both heat and noise from escaping. 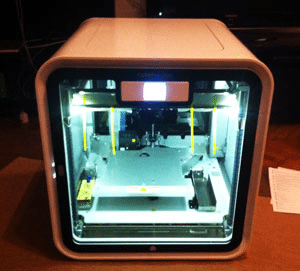 The CubePro produces decent quality prints and shines more when you are using PLA as opposed to ABS.

Overall, the device adheres impressively to models; all the details and dimensions seem to come out almost perfectly, especially when you are printing simple items.

However, you are likely to have issues with missing layers, some imperfections, as well as inconsistent quality levels when you set the printer at high speeds.

The CubePro will make quick work of simple models, although it is a little noisy, producing high-pitched whines and occasional “clank-clank” sounds.

While most prints I produced had no issues, some failed to stick to the print bed, which ended up in a gooey mess.

The default software is also programmed to print objects without supports, meaning that models with sections that are wider than the base have a likelihood of not coming out accurately.

The enclosed build of the printer also limits monitoring the process inside to see whether there are any problems.

You’ll only clearly see what’s happening once the print has started to take shape and is partly completed.

You won’t enjoy the speed of the CubePro at 70 microns; it is quite slow even though you are getting high-resolution models.

The noise that comes from the printer means that running it overnight may interfere with your sleep, more so when the door or top cover is open. 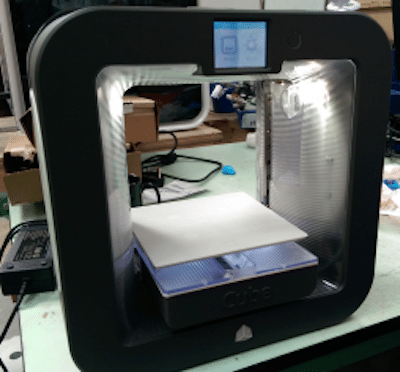 The CubePro offers a build area that measures 285 by 270 by 230mm, which is plenty of room to create ambitious prints with ease.

The ceramic glass plate is non-heated but this should not be an issue given that the temperature inside the build chamber is controlled.

The printer features a single extruder, although the company also offers options for double and triple extruder models known as CubePro Duo and Trio respectively.

The extruder head can print at a high resolution of 70 microns on the slowest speed, 200microns on standard and 350 microns for fast mode.

The extruder head runs on both X and Y axes as the build plate shifts along the Z-axis in a Cartesian configuration. This printer uses a filament diameter of 1.75mm which is proprietary from 3D systems. 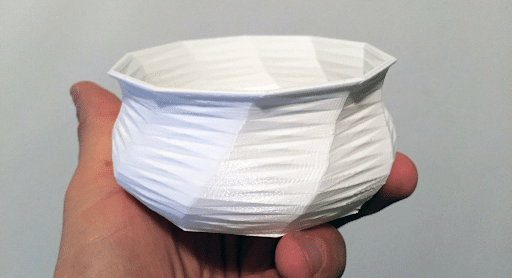 The CubePro will cost you around $600, which I feel is a huge price to pay for a 3D printer that hasn’t fully proven its worth. Especially for a printer competing with  the Qidi Tech 1

There are other cheaper options with better performance than this printer which you can find in our 3D Printers under $500 list.

Besides, the materials also come at a high price. For instance, 3D systems will charge you $49 for every cartridge you buy, and this contains less than two pounds of filament.

Compare this to other devices that use generic filaments costing $28 for 2 pounds of filament.

3D systems stopped producing the CubePro 3D printer; although if you go to the company’s website, you’ll come across a variety of information and manuals to do with different aspects of the printer.

You won’t find anyone to pick your calls or respond to your emails; rather, you can go to available enthusiast forums to get your questions answered.

The thought of a user-friendly 3D printing device is good and the CubePro has embraced the idea in more than one aspect. However, the high price the company charges customers for the cartridges is a no-no.

Not to mention that you are parting with a good sum for a printer that doesn’t deliver on its promise as far as the printing quality is concerned.

I’ve come across a couple of better alternatives in the  under $1000 category which offer far better quality.

Even with its stylish design, the CubePro doesn’t impress me on the overall front, and I doubt it will excite you.