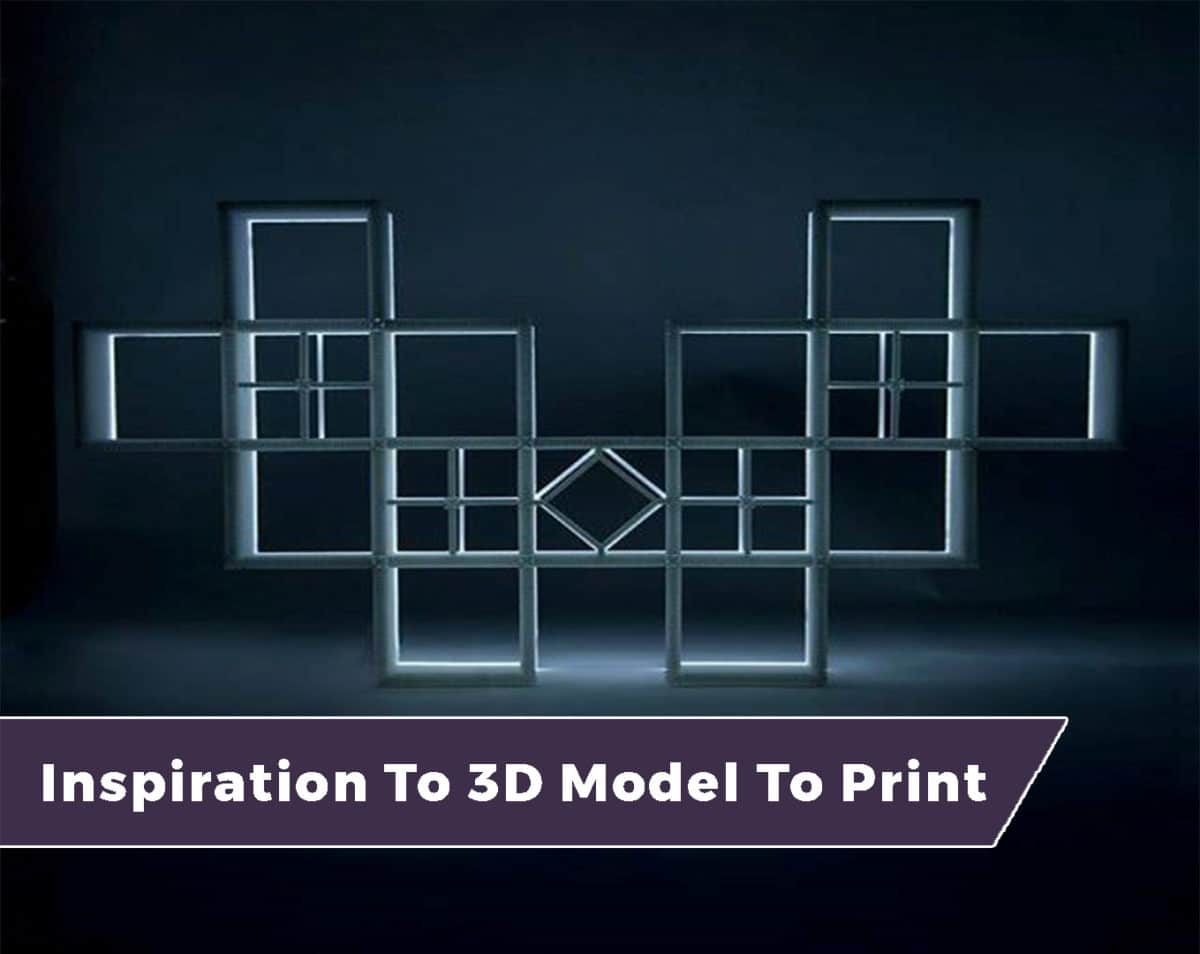 I do not want to bore you with all details of my theoretical research, but I will tell you about the practical part of my project and show you my way of thinking. 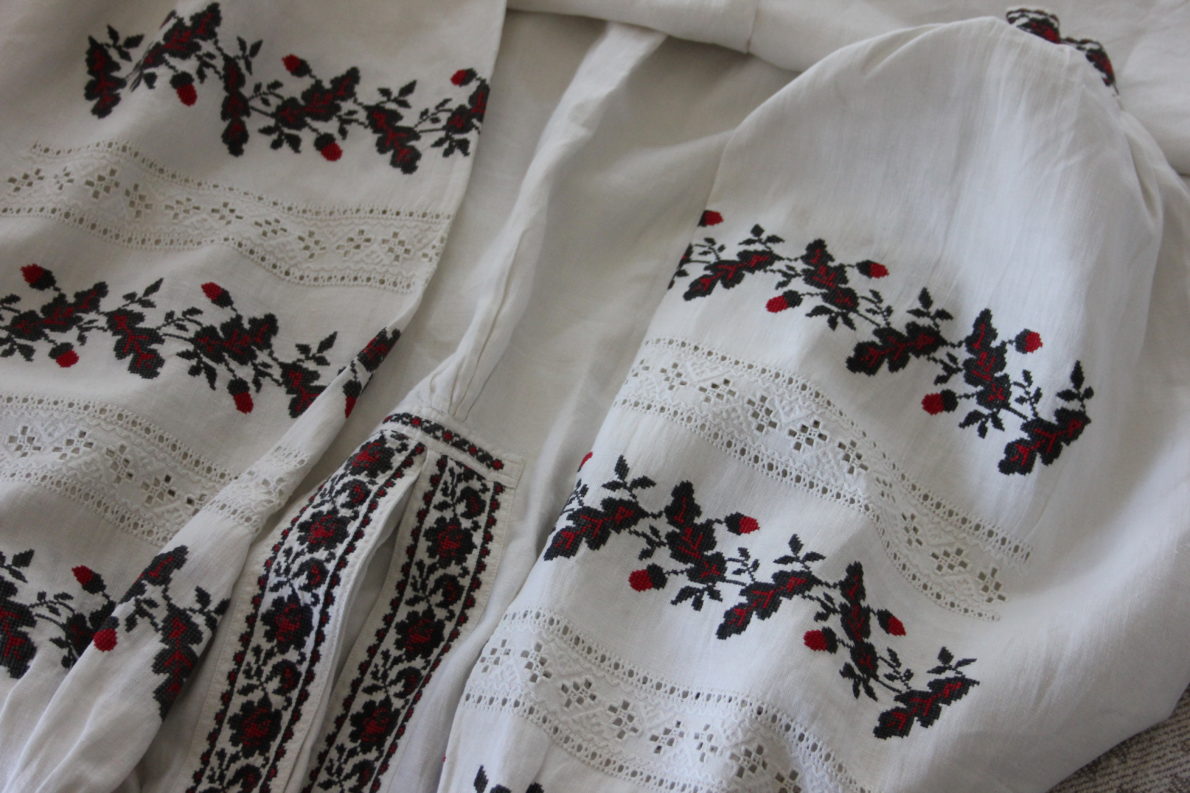 So, I was inspired by the look and uniqueness of traditional embroidery and I decided to take my work in another direction. My new inspiration became ‘Cutwork’ embroidery, the shape of this embroidery technique captured my attention.

I liked the idea of a rack of shelves, so I decided to create it, but with a new pattern as a basis. The idea was to make boxes and to use embroidery imitation as a decoration on the front side. By ‘embroidery imitation’ I mean recreating the shape and look of the stitches from embroidery technique.

I wanted to give a ‘second life’ to this old embroidery tradition. Elements of this embroidery were symbolic representations of ‘windows’. According to folk beliefs, it protected the owner from negative influence and evil energy of his or her surroundings.

As this object would be installed in the interior, I thought that it would serve well as a protection symbol for the house. 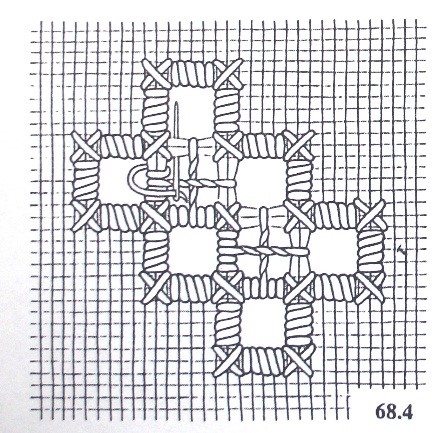 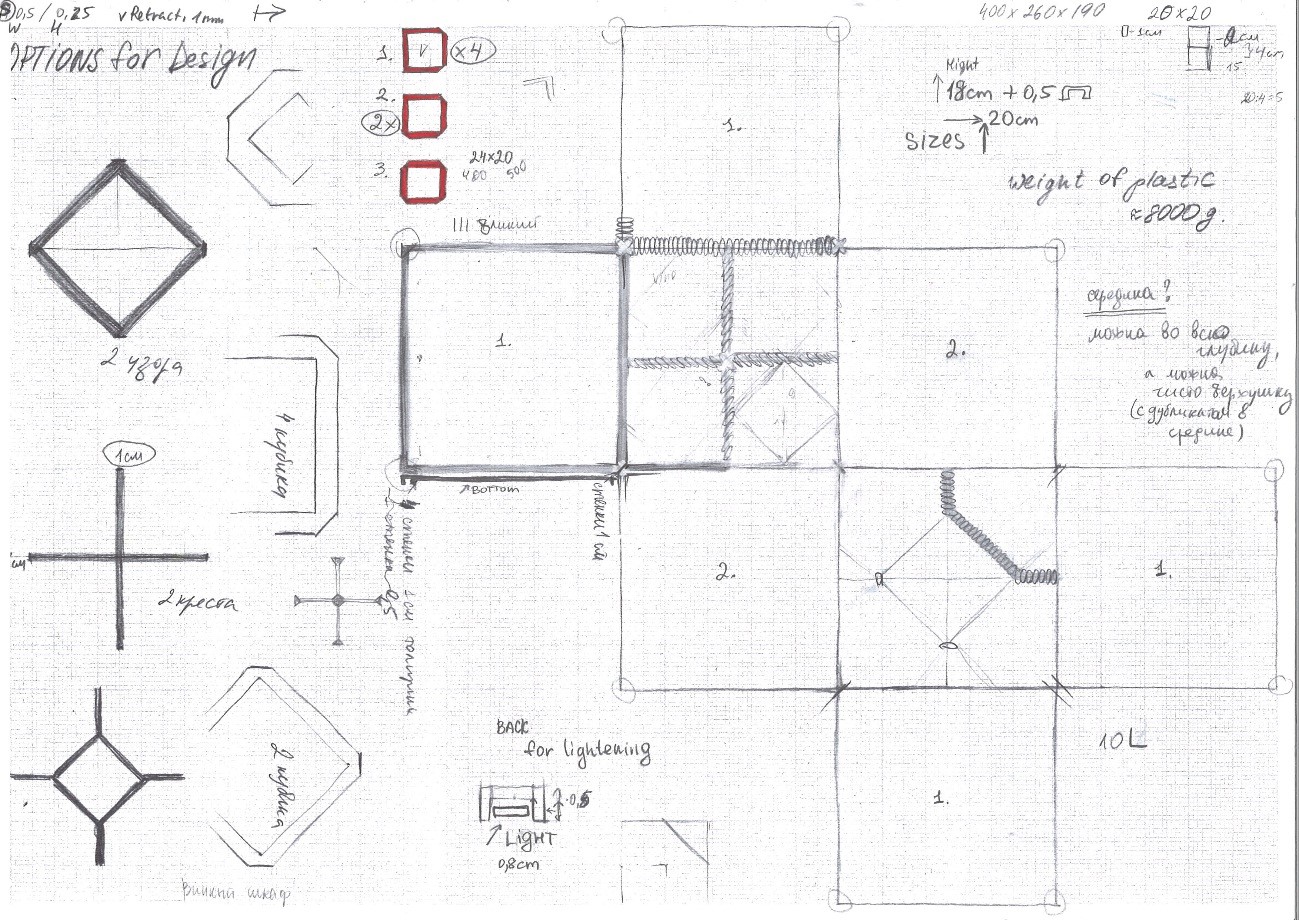 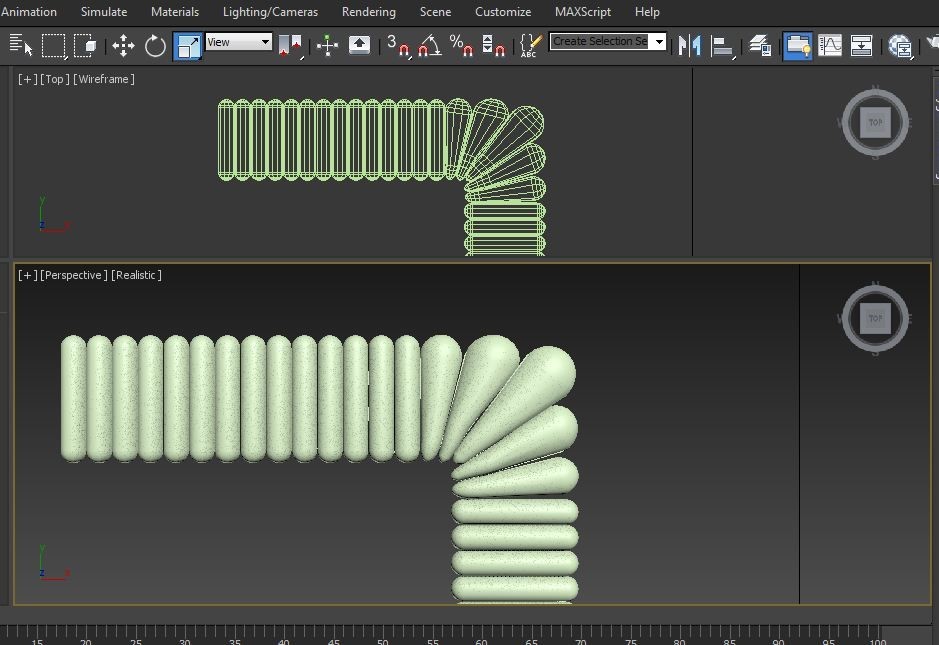 Based on the scheme of embroidery, I started to work with the paper sketches, printed on the best sublimation printer available at the university, and 3d modeling in 3d Max. Since I was planning to work with 3D technologies, my sketches also had to be in 3D. It also is easier to plan the shape of the final object if you have 3d model. I separated “stitches” from its base and decided to print them separately. 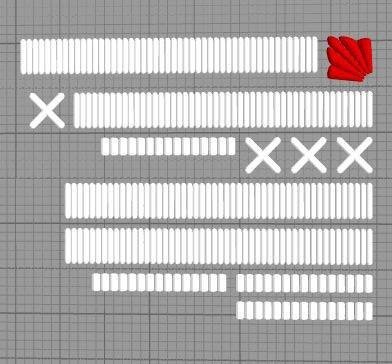 This machine is not easy to use, but it has some great advantages which I could utilize. The large printing bed (printing space) which is 400/260/190 mm which gave me an opportunity to print bigger sized objects.

I learned a few important lessons during my work with this 3D printer. I captured some learning points which I developed through the experiments I conducted with the 3D printer and listed them below:

When I finished with modeling, next step was to prepare 3d model for printing. The program, which many professionals call ‘one of the best on the market’ is Simplify3D.The 3D printer I used, gave me an opportunity to print big size, which I connected mechanically afterward.For this project I used PROFI 3DMAKER. 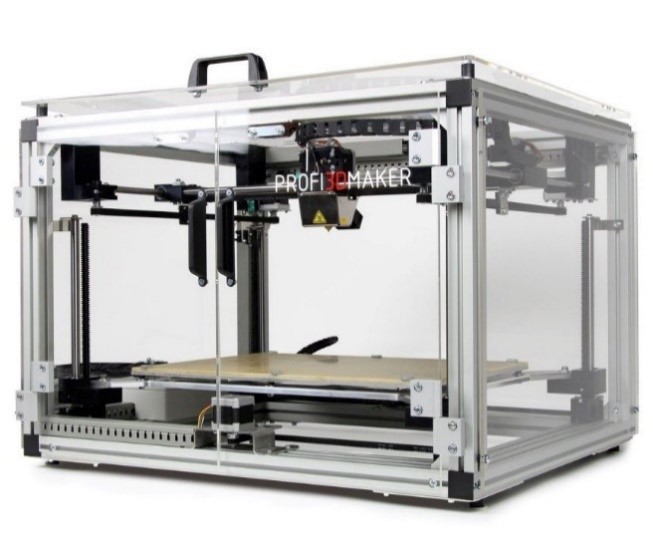 My experiments helped me to understand the nuances of the process. I learnt how to design the object in a way in which it could be printed, because the rules of basic painting and 3D modelling don’t always work with the 3D printer.

If you design a 3D model without knowing which features to activate, the 3D printer most likely print incorrectly.

This is why I recommend an easy-to-use printer to get started, take a look at this review if you are new to 3D printing and pay specific attention to the Ease of Use scoring category!

The surface of the object is an important attribute of the design solution. In 3D printing in depends on print settings. Since I was doing an imitation of the embroidery technique, I wanted to imitate the textile surface in my 3D object as much as it possible.

In the object1 I wanted to make embroidery imitation I was going to have vertical lines along the perimeter of the cube, which remind embroidery stitches. They had to be on the top of the boxes, which required to print them together. Unfortunately, unsuccessful experiment showed me that it is better to print all details of my object separately. I was going to use different settings for the main object (boxes) and for decoration (‘embroidery imitation’). I had several reasons for that:

All details of my object had to be printed separately. Therefore, one of my tasks was the connection between pieces. Since I decided to use PLA (and not ABS) plastic, I had to try different ways to connect the elements.

I conducted a few experiments with different methods of connections. There were three methods of connections which I tried. First and most obvious was gluing. Marianna Brilliantova assisted me with this. During her work for the Future Tradition project she made experiments with gluing plastic. So I could use her experience, but it was necessary to check if the glue would work with my type of plastic.

After all of my trail and error I ended up writing a mega printer filament review, discussing the different types of plastics used in 3D printing and what you need to know before printing with them.

I tried “Cosmo SL-660.130’ glue made by Weiss and it worked well for connecting ‘embroidery imitation elements’ to the ‘boxes’, but it wasn’t strong enough to connect the boxes to each other. Secondly, I tried soldering.

Officially the only way to connect PLA details is to solder them with a soldering iron. Unfortunately, this was not a method I could use since it left yellow marks on the plastic. Finally, I tried to use a mechanical connection, this was the only suitable option for connecting the boxes.

After several tests I ended up with an interesting solution for connecting the boxes. The idea was to make some boxes with sticks, and others with holes to connect them via a ‘male-female’ connection system. 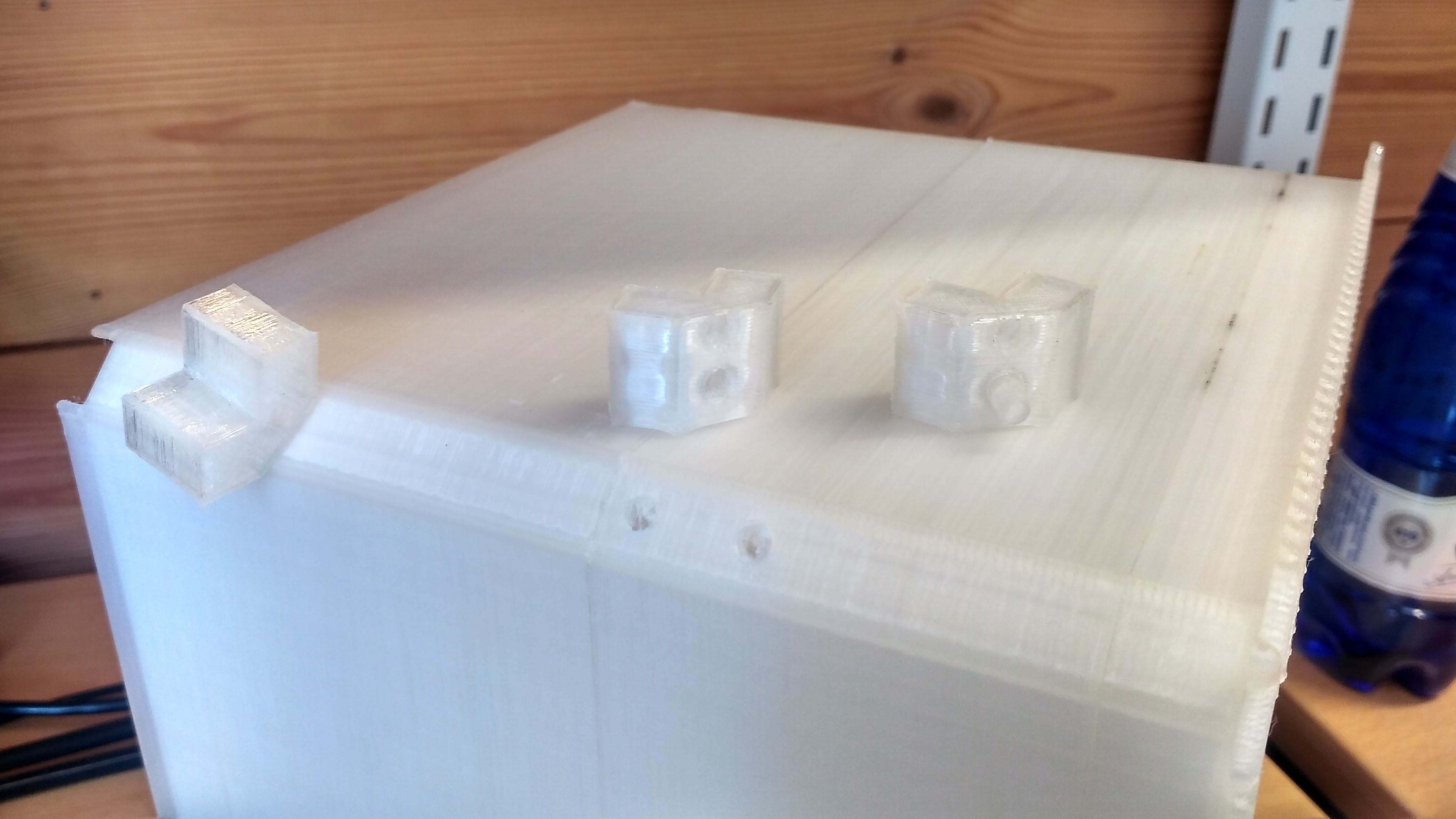 Since I knew the way to connect boxes, the next step was to model boxes according to the sketch. So in the end, I had ‘box’ modules in three variations: cubes with 2, 3 and 4 cut angles. 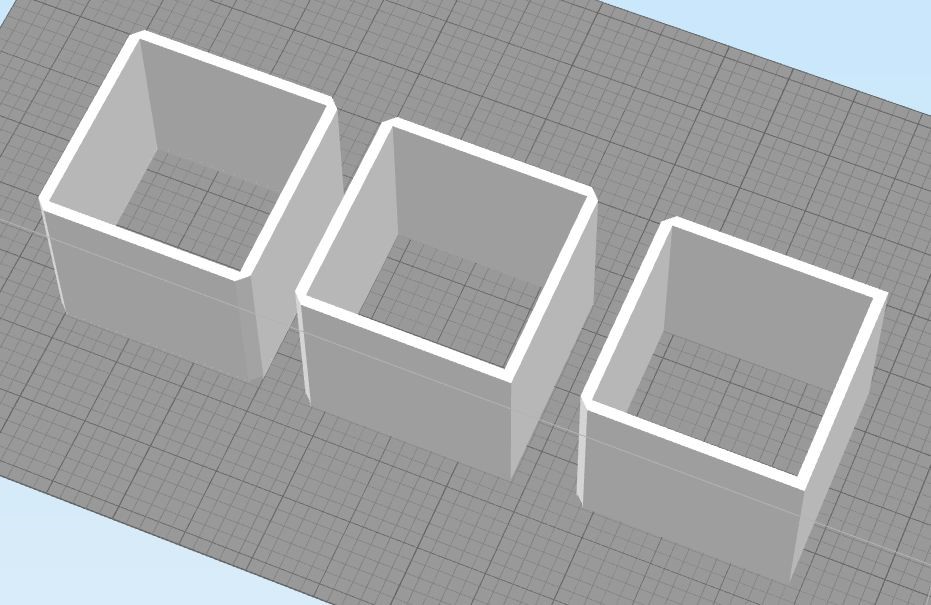 The use of LED lights involved the insertion of a metal construction behind the object. The metal structure absorbs heat, which serves to prolong the life of the LED lights. That became a reason why in the back wall of the model had to be reassessed. I had several options for designing it. 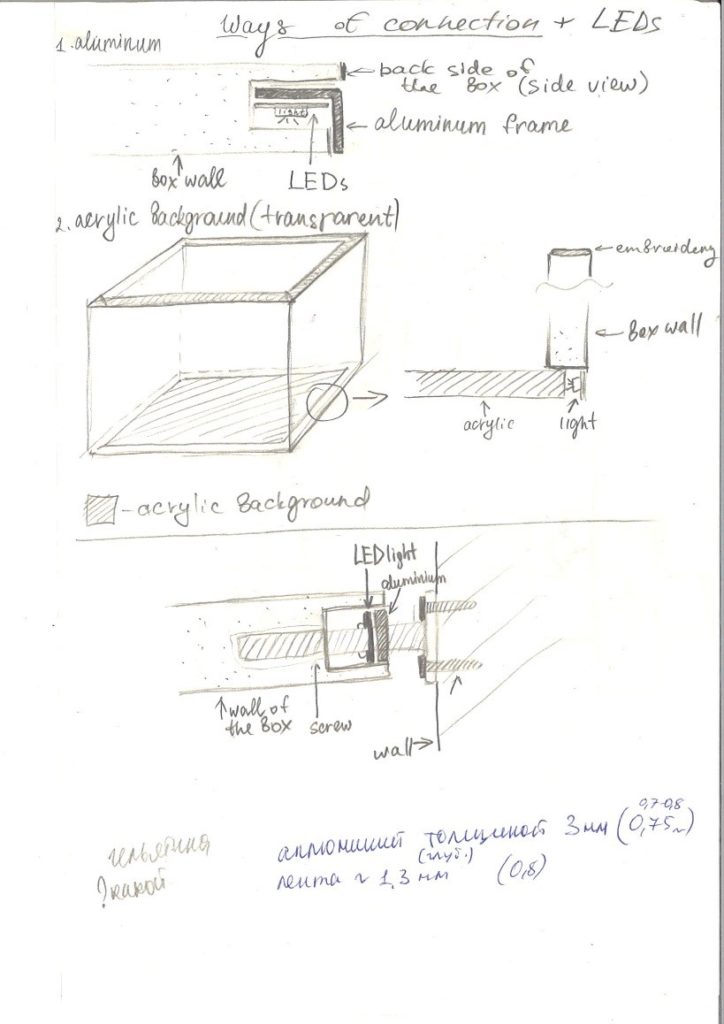 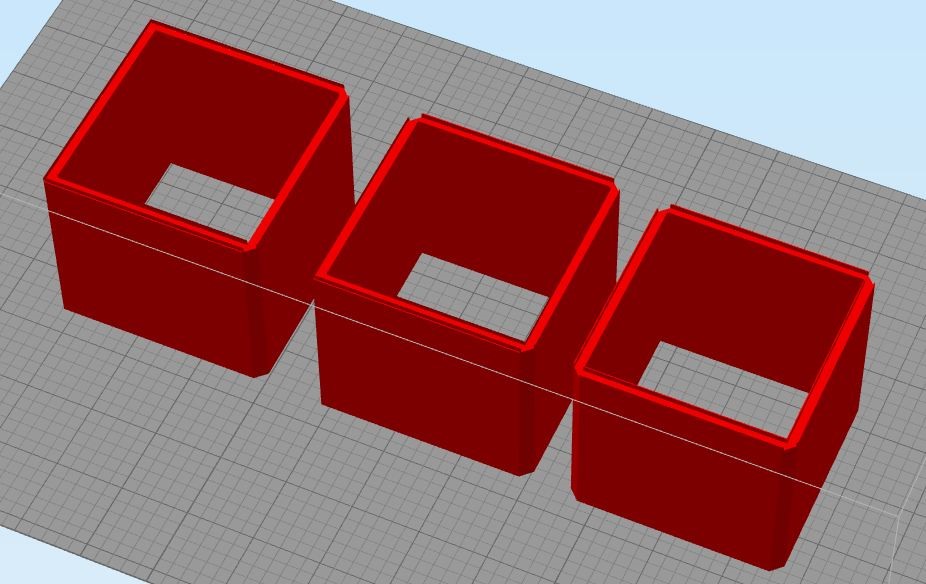 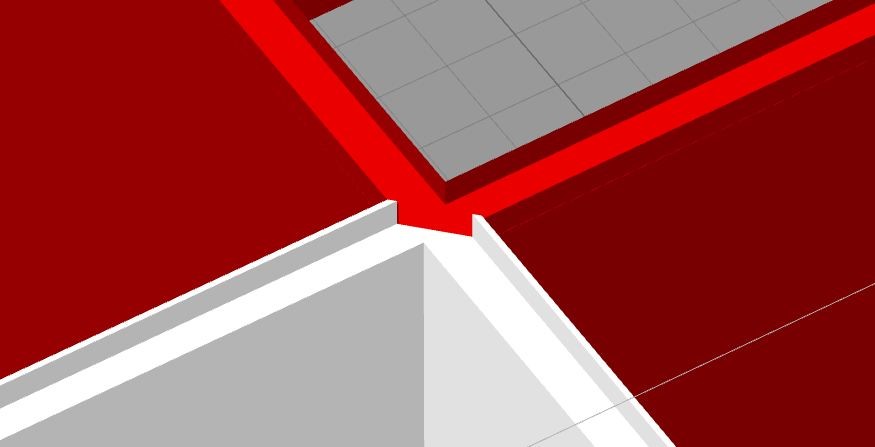 After solving all technical issues I started printing my object. Here I would like to show some illustrations of this process. 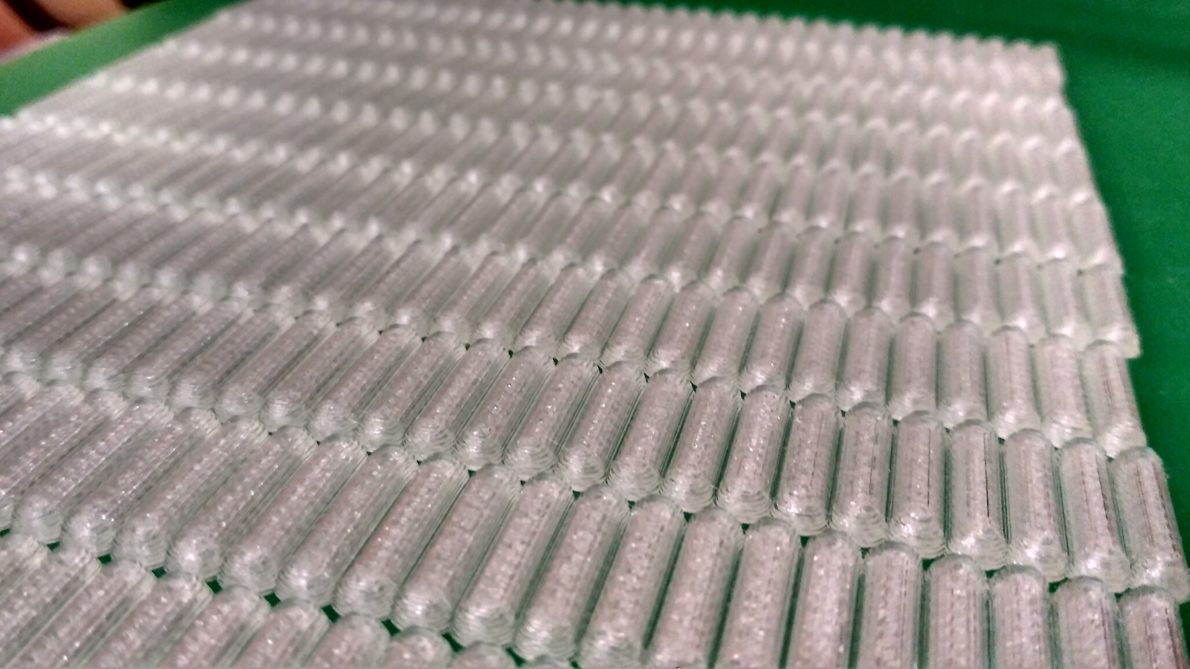 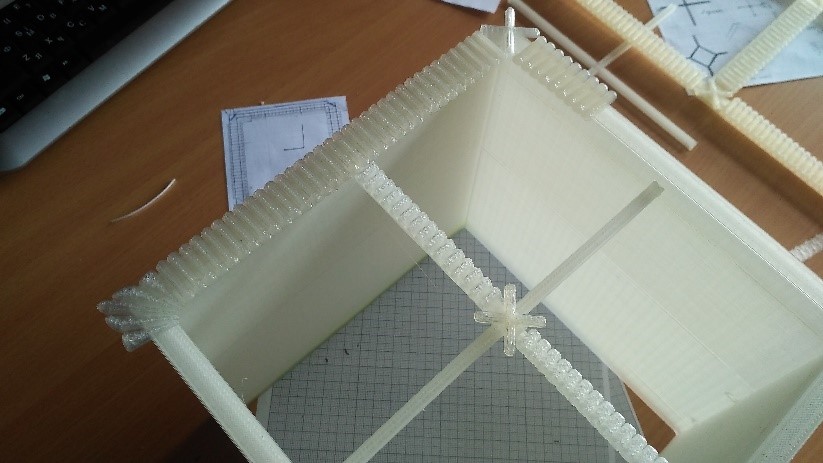 In total, printing of the final object took me 236 hours. As a result, I have got an object which shape is an imitation of the pattern of traditional embroidery technique, and the function is a wine rack. 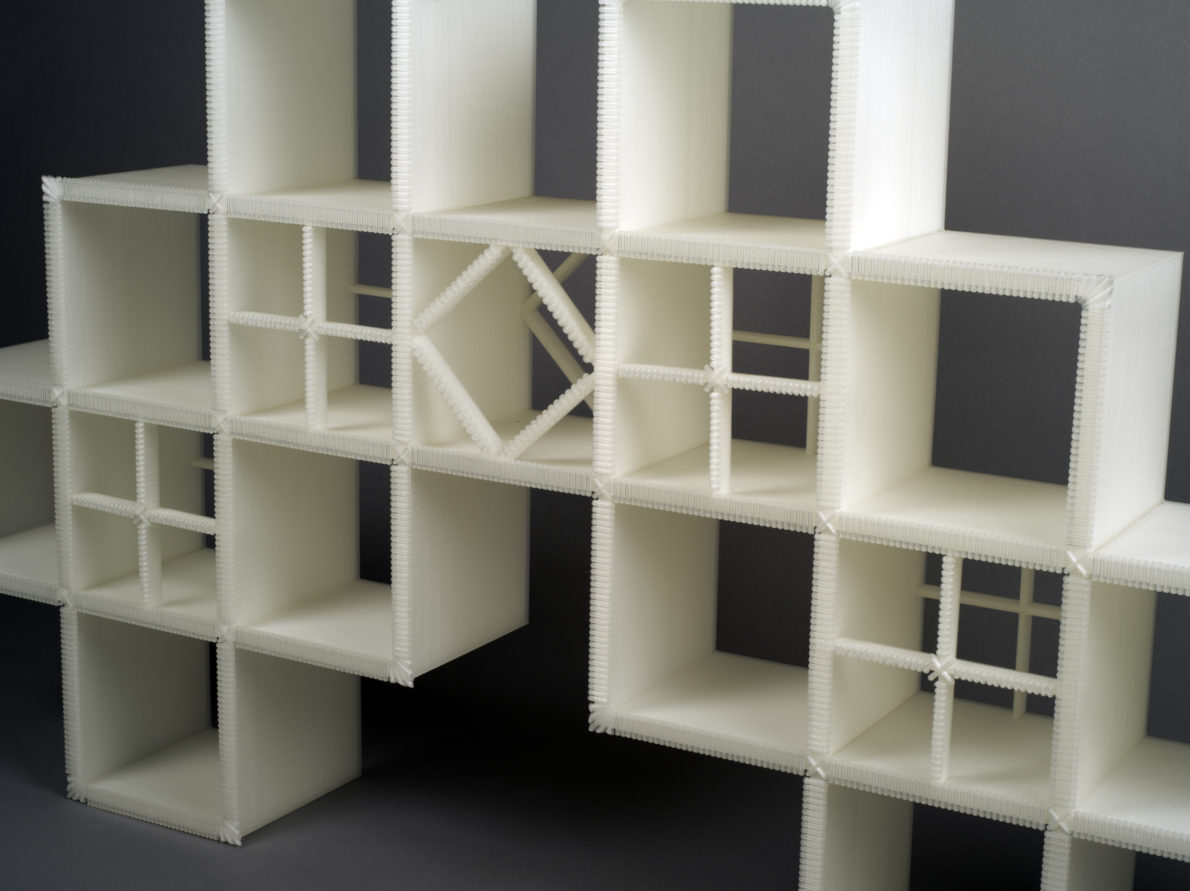 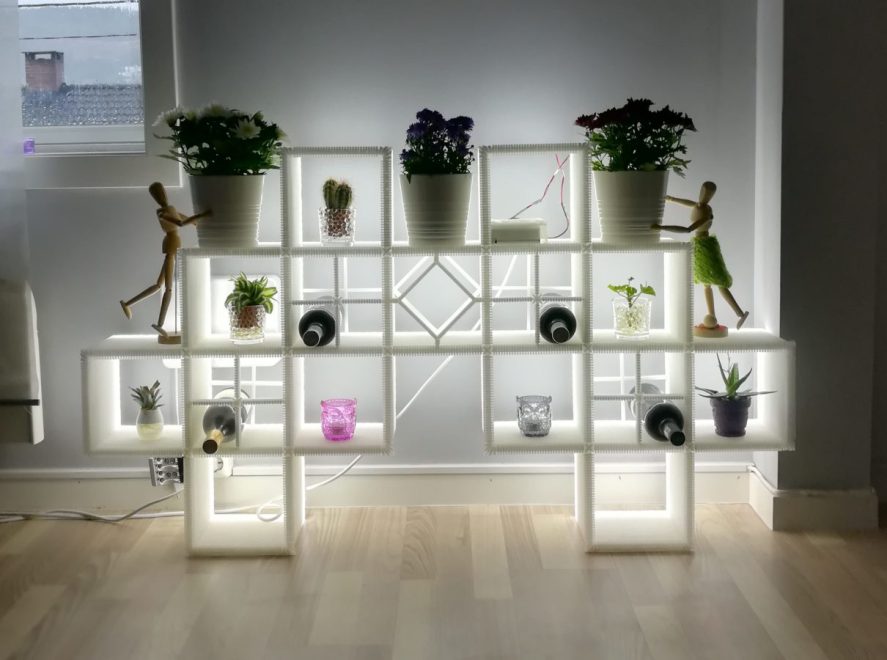 My 3D printed wine rack in its new home..our living room in Norway :=)

The goal of my project was to show how traditional embroidery techniques could be used in modern design and during the research I found my inspiration. In my practical work I made a step in the direction of saving the artistic expression of an old embroidery. I developed the idea of using the shape of an embroidery technique and make it 3-dimensional.

Inspiration is a tricky thing, you can never predict what will you end up with, but the result is always exciting.

If you are interested in learning more about 3D printers, or you are looking to purchase your own printer or plastic filament, then please take a look at my 3D printing landing page which contains every post and review I’ve done dedicated to 3D printing.