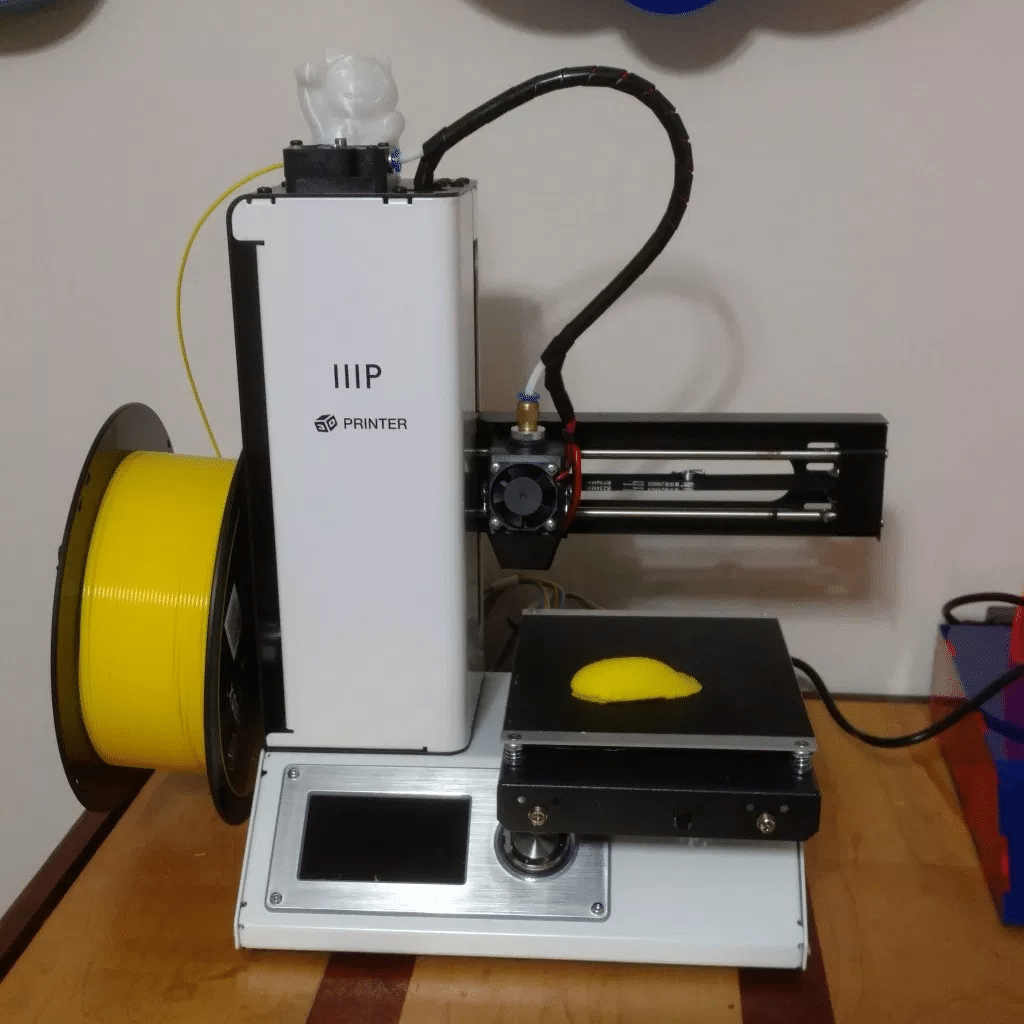 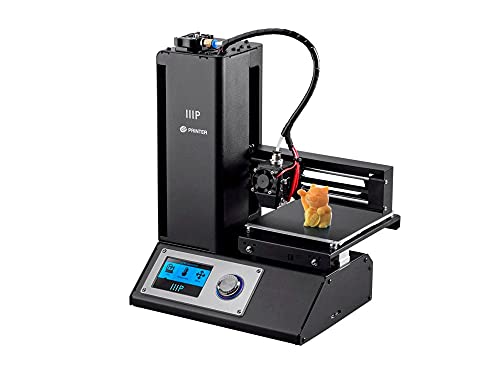 The MonoPrice Select mini is the perfect choice for an entry to the 3D Printing world. It offers decent prints at an affordable price.

If you’re just getting started on 3D printing, your best bet would be to go for a budget printer. After all, you don’t want to spend too much on something you are still trying to wrap your head around. The problem is most 3D printers on the market are heavily priced.

However, there are times when you see a price tag on a printer that stops you in your track. In summary, the Monoprice Select Mini 3D printer is a cheaply priced device that any hobbyist can afford. But given that the deal is this nice, should you think twice?

The following review will give us an idea of the specifications and the overall quality you can expect from the Monoprice Select Mini. 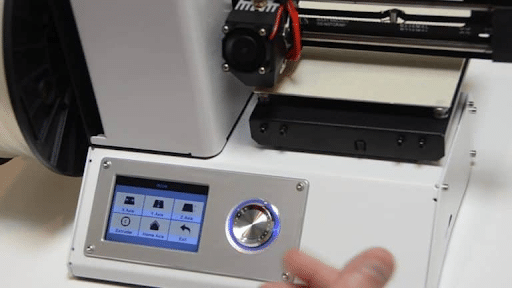 One of the things that will grab your attention straight out of the box is the extremely compact build of this printer. But don’t be fooled by its size, the Select Mini is a pocket

Hercules that comes with a folded sheet metallic casing to house the electronics inside. It has a formidable build, and its miniature design makes it conveniently portable.

This model is considered a Cartesian styled fused filament fabrication printer that features a one-sided arm to hold the head in the same design as on the Printrbot Simple Metal.

The Select Mini comes with just a single fan to cool the nozzle, which doesn’t help your options when it comes to using exotic filaments.

At the very top of the main pillar is a quick release extruder that has a steel gear. This feeds the filament through a Bowden cable to the hot end of the printer.

This is another limitation to the flexibility of filaments you can use to print models. The hot end of the Select Mini has an extruder of 0.4mm, which can reach temperatures of up to 230°C. 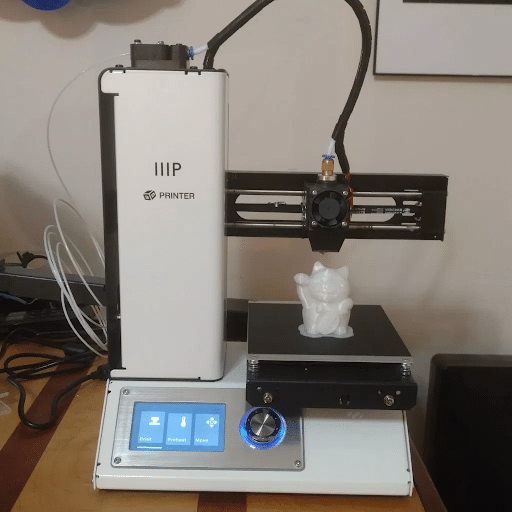 You’ll be excused for calling the printing on the Select Mini subpar. One notable observation when I used this print printer for the first time was its snail-like printing pace. In fact, its top speed is just about half of what you get from its rivals.

And even at this speed, the Select Mini still has a tendency to jam. Your best bet is to be patient and go with a slow and steady approach if you want a consistent model.

Another glaring issue on this printer is the underwhelming control loop for the hot end. The printer I used displayed temperature fluctuations over a period of several minutes.

This is an issue that has been noted by other users too. It could be a consequence of the uncalibrated PID loop. And this printer’s firmware does not have a PID autotune function to clear the problem.

When you print a single solid layer at a low temperature, the filament tends to jam and this evidenced by the “gaps” on the final model.

This is as a result of poor temperature control. The printer does not have a Z-banding issue, but you’ll notice some problems with overhangs.

Given the budget price tag of the Select Mini, you don’t exactly expect the finest prints from it; although they are fairly respectable.

Obviously, you’ll see the layers and intricate details won’t be reproduced, but some good work during post-processing will leave you with a decent-looking final print. 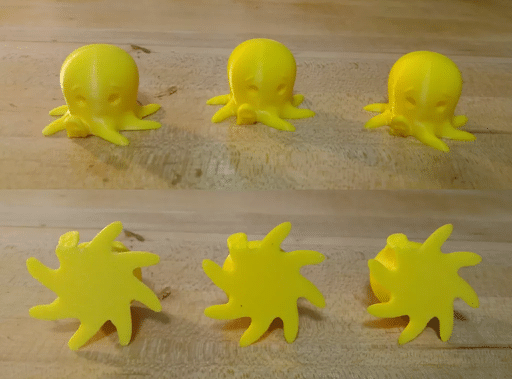 The major features on the Select Mini include the build area which is around 120 x 120 x 120 mm. The height is almost that of a can of coke. 100 microns is the highest print resolution on this printer and it comes with a heated build plate. Meanwhile, the printing speed is 55m/s.

This printer supports both a micro SD Card and USB. According to its manual, the compatible slicing software-the application needed to prepare items for printing- is Repetier-Host, Cura, Simplify3D, and ReplicatorG.

This implies that the Select Mini can actually parse standard GCode and is not limited to proprietary software.

Another good thing about this printer is that it does not need a special filament. It can support any standard 1.75mm spool of ABS or PLA thermoplastic, which gives it an edge over some higher priced 3D printer options.

These two qualities concerning filament and software are almost unheard of at such a price range.

Other 3D printer makers like XYZ printing and M3D Micro tend to have closed filament and software, which confines you to their operational ecosystem in the long term. 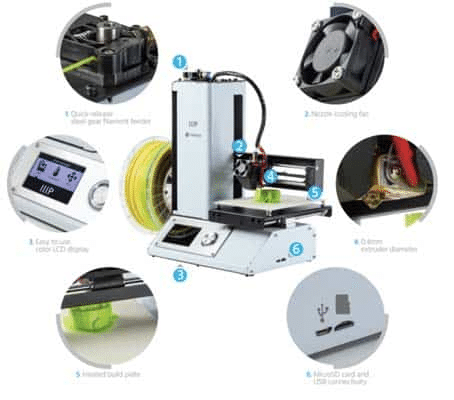 The most impressive, if not shocking thing about the Monoprice Select Mini has to be its price. It’s only under $200…I’m not kidding, that’s exactly what it will cost you!

The MonoPrice Select Mini offers similar features as printers in the $500 range. This is what makes it such a game-changer.

Anybody looking to experiment with their first 3D printer would be wise to consider it. At around $200, you’ll almost be making an impulse buy and I don't see the likelihood of you regretting the decision.

The Monoprice comes with a 30-day money back guarantee despite its extremely low price tag. This is followed by a one year warranty once you’ve decided to keep the printer.

I feel like this is a remarkable deal, especially when you consider the durable build of the Mini Select.

The downside of it all is that you only get basic troubleshooting tips and routine 3D printing lessons on the site’s support section.

You have a choice of using an email, phone, live chat, or ticket system to correspond with the support team and get the needed assistance.

This is actually decent support for a printer of its kind! In most cases, budget 3D printer makers don’t want anything more to do with their products once they’ve been purchased. I must commend Monoprice for being a “rare bird” in this regard.

There is no doubt that the Monoprice Select Mini comes with a good amount of limitations. But given its friendly pricing, you can’t help but be intrigued by the decent features it offers. It is sturdy, easily portable, and can actually print decent models.

If you are looking to own your first 3D printer, I feel like this would be the best choice to get you acquainted with the industry. You can always check out other printers in this price range before you make your purchase.