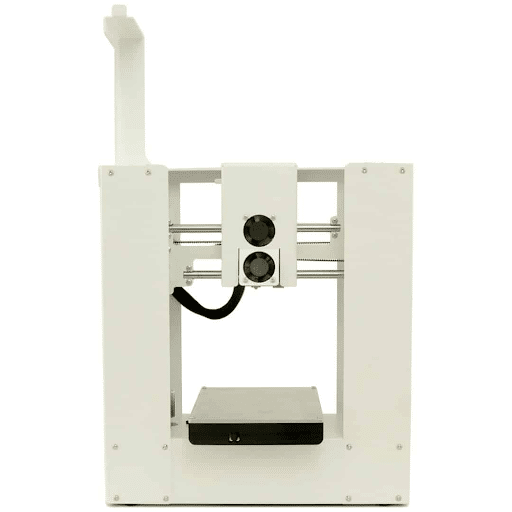 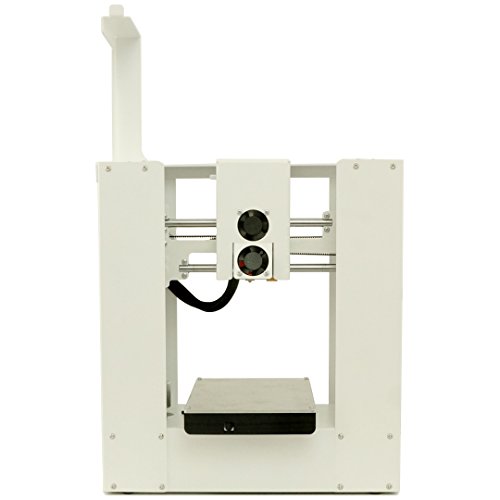 The Prinrbot Play is an excellent entry-level 3D printer that any beginners should consider buying.

There are many new enthusiasts joining the exciting bandwagon of 3D printing technology lately.

The problem comes when you want to purchase your first 3D printer; given the sheer number of options available, finding a device that best suits your level of understanding can be a confusing task.

The Printrbot Play is the most affordable model in Printrbot’s product line. It is a nice entry-level 3D printer that will be suitable for anybody looking for their first 3D printing experience.

But just what does it have to offer? The following review will provide you with valuable insight into the performance of Printrbot Play and give you an idea of what you can expect from it. 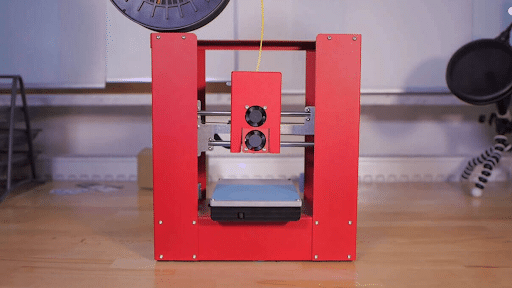 Measuring only 11 by 10 by 8 inches and weighing in at 9.3 pounds, the Printrbot Play is a diminutive printer by industry standards. But despite its small frame, it is sturdy and will easily rest on your desktop.

At the base of the frame is a set of four rubber feet that not only enhances its grip on the desk surface but also keeps the device steady in the face of vibrations resulting from the extruder.

The base frame is also one piece to add stability.

The manufacturer kept the costs down on this printer by using simple materials like plywood in place of metal and string for the drive belt as opposed to rubber.

The motors and electronics are fully exposed and the printer features a single extruder.

This printer doesn’t have a heated print bed, so it only supports PLA as a printing material.

The build area is only 4 by 4 by 4 inches; although small, it is enough to produce prints like cogs, gears, and figurines, as well as a number of household subjects, I even saw one youtuber try to print the minatures for a pro foosball table!

There are also no controls on the Play, so you operate the machine via a computer connected by USB.

Unfortunately, the company doesn’t supply any software of its own; rather it recommends the Repetier Host open-source software which is available for free for Linux, Mac, and PC systems.

The Repetier Host is also easy to use but will require a bit of configuration to work with this printer. It’s a good thing the configuration process is detailed comprehensively in the setup guide.

The Printrbot Play prints fairly fast. It took me just under 4 hours to produce the Thinker statue, which is just about 3 inches high.

And for the star sculpture, the printer lasted just under two and a half hours; which is pretty fast for a printer in its class.

However, the printer comes with its own limitations. For instance, it can only print with polylactic acid, which is not something you’ll appreciate if you want to be experimental with your device.

The good thing is that PLA is the cheapest print material you will find in the market.

If you are just starting out, PLA may actually turn out to be a suitable material for you. It is easy to work with since it doesn’t necessitate a heated print bed.

Once it has melted, it will stick to the blue painter’s tape which is applied to the print bed.

I didn’t experience any issues with models peeling or lifting off the print bed surface when the printing was going on.

The easiest way you can remove larger models is by peeling off the blue painter’s tape when the print is still attached.

Overall, I found the Printrbot Play to be a capable device that can produce decent models, although nothing extraordinary. There were just a few glitches that I experienced but nothing severe.

The extruder deposited the filament erroneously on a number of layers in the print’s body, which ended up in obvious gaps in the final model.

Furthermore, the 0.3 mm layer height also produced a lot of stair-stepping, with the final print appearing to be jagged on the surface. 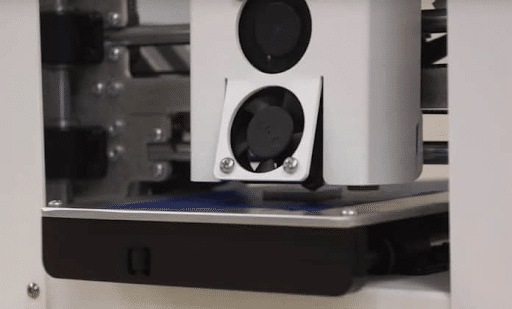 The Printrbot Play uses an SD Card or connects via USB for untethered printing.

And even though we would have preferred WiFi connectivity, the cost of adding this function would have considerably raised the price. I guess it was a manufacturing decision to keep the costs at a minimum.

Using the SD card is quite simple on this printer. Simply load up a gcode file to the SD Card, stick it into the slot on the machine’s side panel, and finally plug the power cable in.

The hotend will heat up and the device’s auto-leveling function will calibrate the X, Y, and Z axes before the printer gets to work.

The lack of a heated print bed on the Play means that means that you can only use PLA, closing out other filament materials such as ABS and other plastics.

The hotend can only get to as high as 240 degrees Celsius, meaning higher-temperature exotic materials are also a no-go. 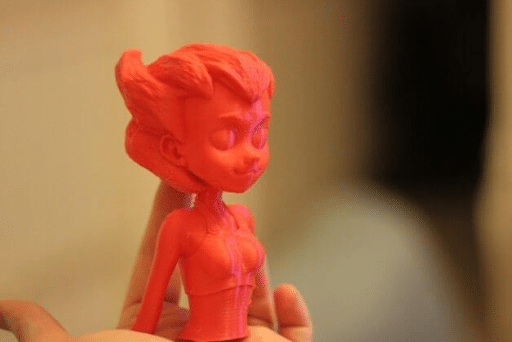 The Printrbot Play costs around $400, which places is it in the under $500 category.

This is a figure that many hobbyists and enthusiasts will comfortably afford, and the performance it offers is not to be underestimated.

The printer is easy to work with and comes with features that simplify the general operation. Now, this sounds like a machine that would best suit a beginner.

If you don't mind spending some extra cash, another amazing printer worth considering is The Qidi Tech 1.

One area where the Printrbot Play fails to impress is the customer support.

The production of the Play was halted in 2018, and the Printrbot website that used to be a crucial reference for guides, tips, as well as support articles is no longer reliable.

Trying to access it will take you to the Ubis’ website, which produces the hotend that the Play uses.

However, you can access the company’s YouTube channel which features a number of videos on how to maintain the machine and how to effect modifications.

Alternatively, the large community of the Play’s enthusiasts also exists, and this can provide answers to any questions you may have regarding the printer.

Don’t expect any warranties for the Printrbot Play, especially now that Printrbot stopped producing the product.

Overall, I feel like what you get for spending on this printer is a good deal.

A sub-$500 3D printer can produce prints as decent as on the Play is not something you would have found a few years ago.

Even though it has a couple of drawbacks, the Prinrbot Play is a wonderful entry-level 3D printer that anyone looking to get in the industry should consider acquiring.