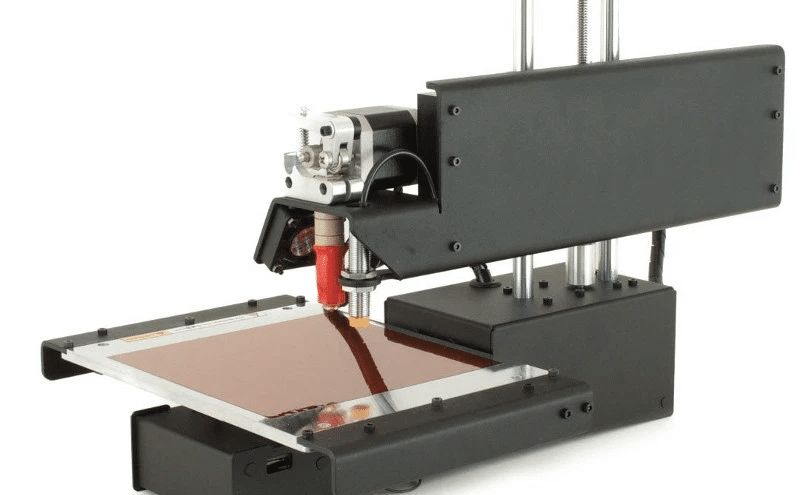 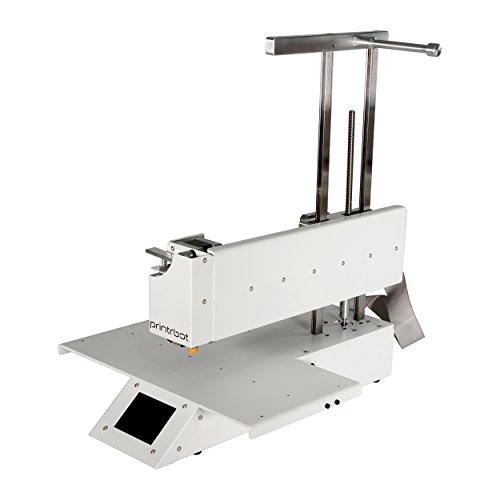 3D printing is an exciting new technology with numerous applications across various industries.

The growing popularity has led to numerous models of printers being manufactured; both cheap and high-end. But before you decide to invest in one, it is important to know what you are getting into. h

The Printrbot Simple 3D printer, just like its name suggests, is an introductory printer with basic performance.

It is a decent choice for new enthusiasts that are developing an interest in this technology, but it won’t be of much help to someone looking to test the mettle of 3D printing.

Below, we review the Printrbot Simple 3D printer by looking at its design, features and the general performance it offers. 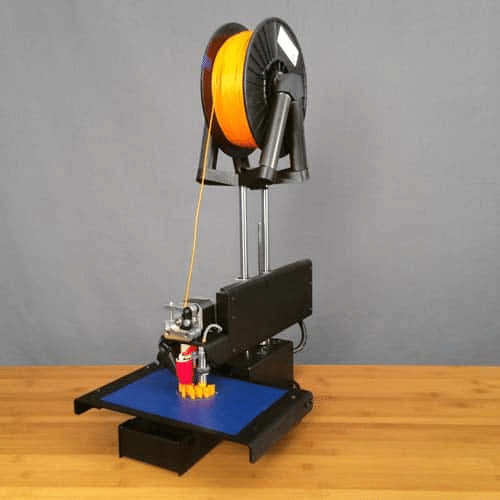 The Printrbot Simple Metal has a compact size, with a 16” height and 14” width.

The simplicity of the printer can be seen in the fully exposed electronics and motors. It has a single “moving arm” extruder and given that it lacks a heated print bed, the Simple Metal prints in organic PLA plastic only.

The build area measures 4 x 4 x 4 inches, which is quite respectable considering the minimalist size of the printer. This is enough space to print models like cogs, gears, and most household items.

The uncomplicated design makes sure that it's relatively easy to assemble, although it comes with no WiFi connectivity.

While previous versions were made of laser-cut wood to limit the cost, this model features a powder-coated steel frame that enhances its durability.

With a price tag of just around $300, you can’t expect much for this entry-level 3D printer. There are much better printers that cost under $1000 section that do a much better job for a slight increase in price. 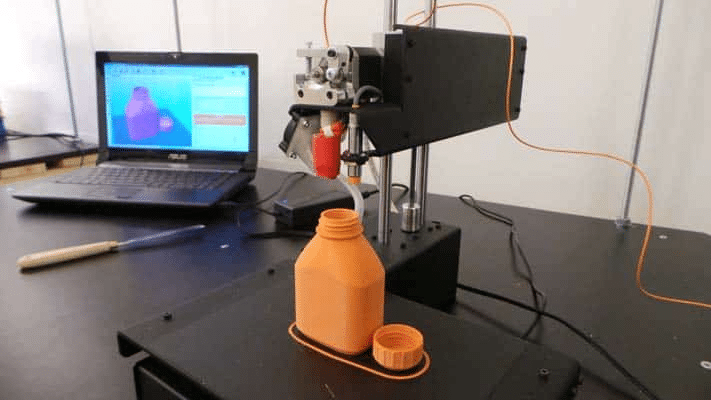 The Simple Metal is a fairly fast 3D printer for its class. It took me around 4hrs to build The Thinker statue (at least 3-inches high) during testing. The Star sculpture, which is another test print I use, took just under 2.5hrs, which isn’t so bad for a 3D printer.

This device, however, comes with its fair share of limitations. For one, it prints with PLA , Nylon , Flexible , Wood Fill , Carbon Fiber , PETT. This is a light plastic-like substance that is made from cornstarch.

Higher quality printers can support ABS plastic (material found in Legos) which is much stronger and more resilient. Although the PLA is easier to work with since it doesn’t require a heated build platform.

The overall 3D print quality is not exactly great. The first model I tested on the Simple Metal came out with a number of glitches.

The printer wasn’t accurate in depositing the filament, with some layers being a little bit off in the print body. The 0.3 mm height of the layers resulted in numerous stair-stepping, and you could outrightly notice the layers in the final model.

The Printrbot also struggled with the star sculpture. The final print had a number of missing edges and there were several areas where the filament didn’t stick.

This can partly be blamed on the Z-axis threading movement that the printer adopts while printing.

The printing isn’t all that! But then again, the Printrbot was designed for newbies, so don’t expect to create masterpieces with it. It is the ideal printer for the hobbyist who uses it occasionally. 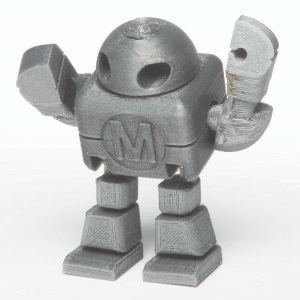 You won’t get many advanced features on the Printrbot. It has no controls, instead, the printer is operated via a computer connected over USB.

The company also doesn’t supply software of its own and recommends the free Repetier Host; an open-source software available for Mac, PC, and Linux systems.

Repetier controls the monitors and printer during the printing process and enables you to pause, stop the print, or kill it altogether if it fails. This means your computer has to be on and connected during printing.

The Simple Maker can also print directly from an SD Card, but given that it does not have controls; it’s not the most practical option since you won’t be able to stop the print.

The Printrbot also lacks the automatic level print bed that you find in more expensive models. The advantage here is that it eliminates the hassle of preparing to print. 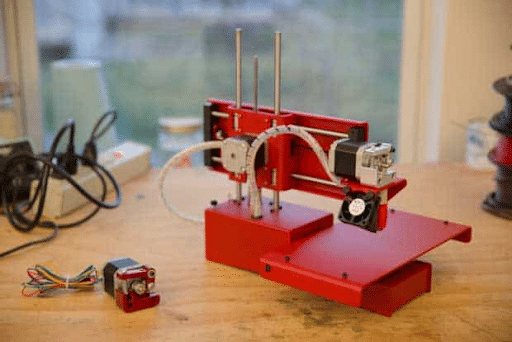 The Printrbot can be delivered when it already assembled, and this will cost you around $300. Alternatively, you can purchase the unassembled version for $60 less.

This is a very decent price for any new entrant to the 3D printing world. I’d advise you save the $60 and go for the unassembled kit given how easy the setup is. Not to mention the adventure in setting it up.

Even better, if you can find a second-hand Simple Metal, it would be an excellent way to get started with 3D printing. After all, you are not trying to create gems at this level, and the experience is interesting enough to dip your toes into the waters.

The setup documentation you get when you buy the Simple Metal is thorough and professional. The information provided is a good reference whenever an issue arises.

The company also has a reliable help website (help.printrbot.com), as well as a community forum (printrbottalk.com) that you can get on and ask questions directly.

However, Printrbot doesn’t offer phone support, meaning you are limited to sending emails or asking questions on forums for help.

This can be some cumbersome, especially when you want something explained comprehensively. You’d expect a little more from support when you run into a glitch.

The Printrbot Simple Metal is a basic 3D printer that will suffice the needs of a novice in the printing industry. It has no controls, no display screen, and the miniature build limits the kind of models you can produce.

You can only use one type of printing material and the printer has a tendency to jam.

In short, the Simple Metal is not for the experienced as far as 3D printing goes.

The only consolation here is that you get an ordinary yet functional device that won’t dent your bank account balance. Obviously, you could do better if you kept on searching in the next section.

You can find some really decent printers for a cheaper price on our 3D Printers under $500 list.